Rows of buildings, fast and efficient network communication is not surprising in modern metropolitans, but in our neighboring country Philippine the life is still quite primitive, indigenous people still account for a large proportion and they are far away from cities and electricity, relying on hunting or farming to sustain a livelihood. 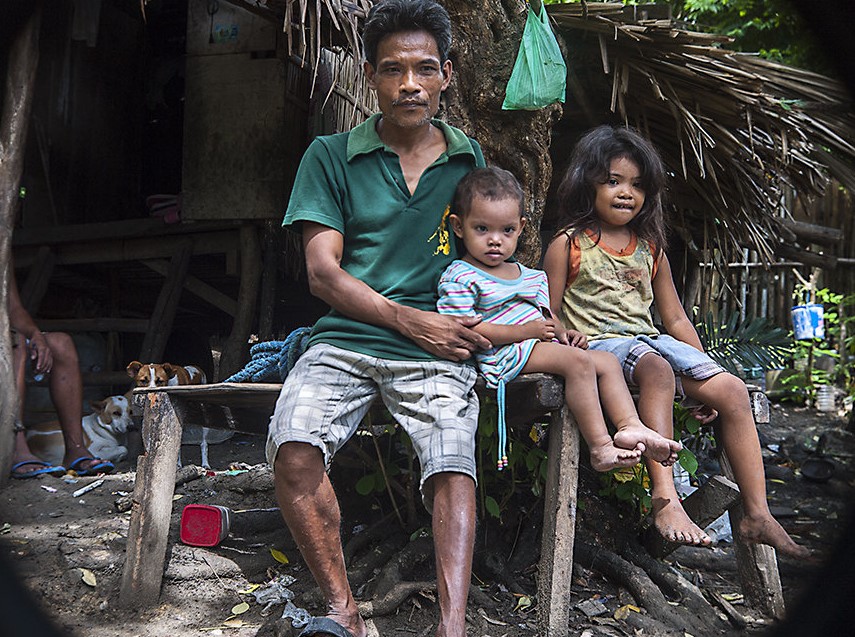 In order to promote the "Belt and Road" initiative and accelerate the economic and trade cooperation between China and the Philippines, China State Grid launched the "lighting up the village" poverty alleviation project in the Philippines. As a supplier of equipment, AlphaESS provided two energy storage systems (one set of 50kW/172kWh, one set of 50kW/257kWh) to a village called Baliwet in the province of Zambales, Luzon, Philippines. The centralized power supply of the micro-grid basically meets the basic electricity demand of more than 1,000 villagers and two primary schools in the two residents' districts of Baliwet Village, bringing them bright, hope and better living conditions. The project was officially completed on the 27th of June and handed over to the local power sector.

CCTV13 made a special report for this project. The reporter went deep into the village site and recorded the ground breaking changes that occurred in the life of the villagers as the result of the completion of the solar power station. 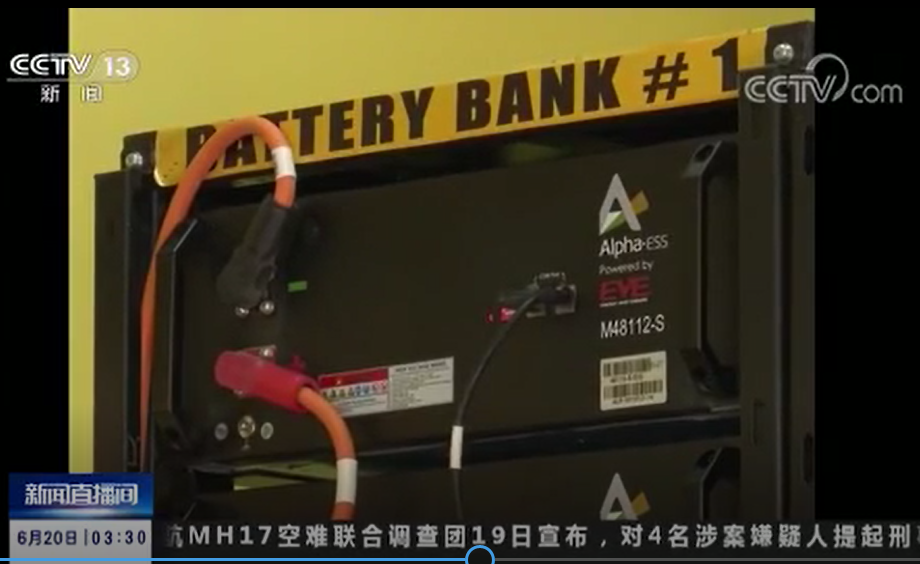 This is the first public welfare project carried out by Chinese-funded enterprises in the Philippines. The village of Baliwet has not been electrified due to economic backwardness and inconvenient transportation. Residents have to travel to towns that are more than 10 kilometers away to use electrical equipment.

The experts that AlphaESS sent to the village can deeply feel that the village is so remote and isolated from the outside world. According to their experience, the road to the project site was almost impossible to get through as the volcanic ash deposits are very thick. The road was slow and bumpy and the parts of the tractor were scattered all over the place that they had to change the tractor to continue the journey. The equipment that should have arrived the day before was placed on the side of the road as the road was blocked. In the end, with more help, they were able to arrive. 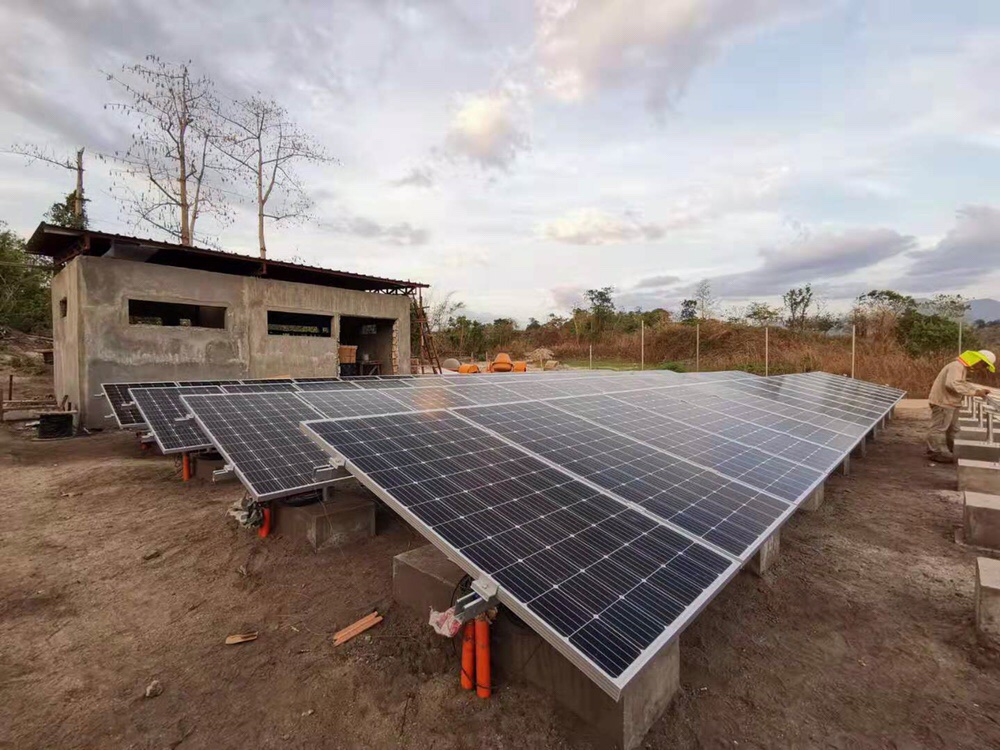 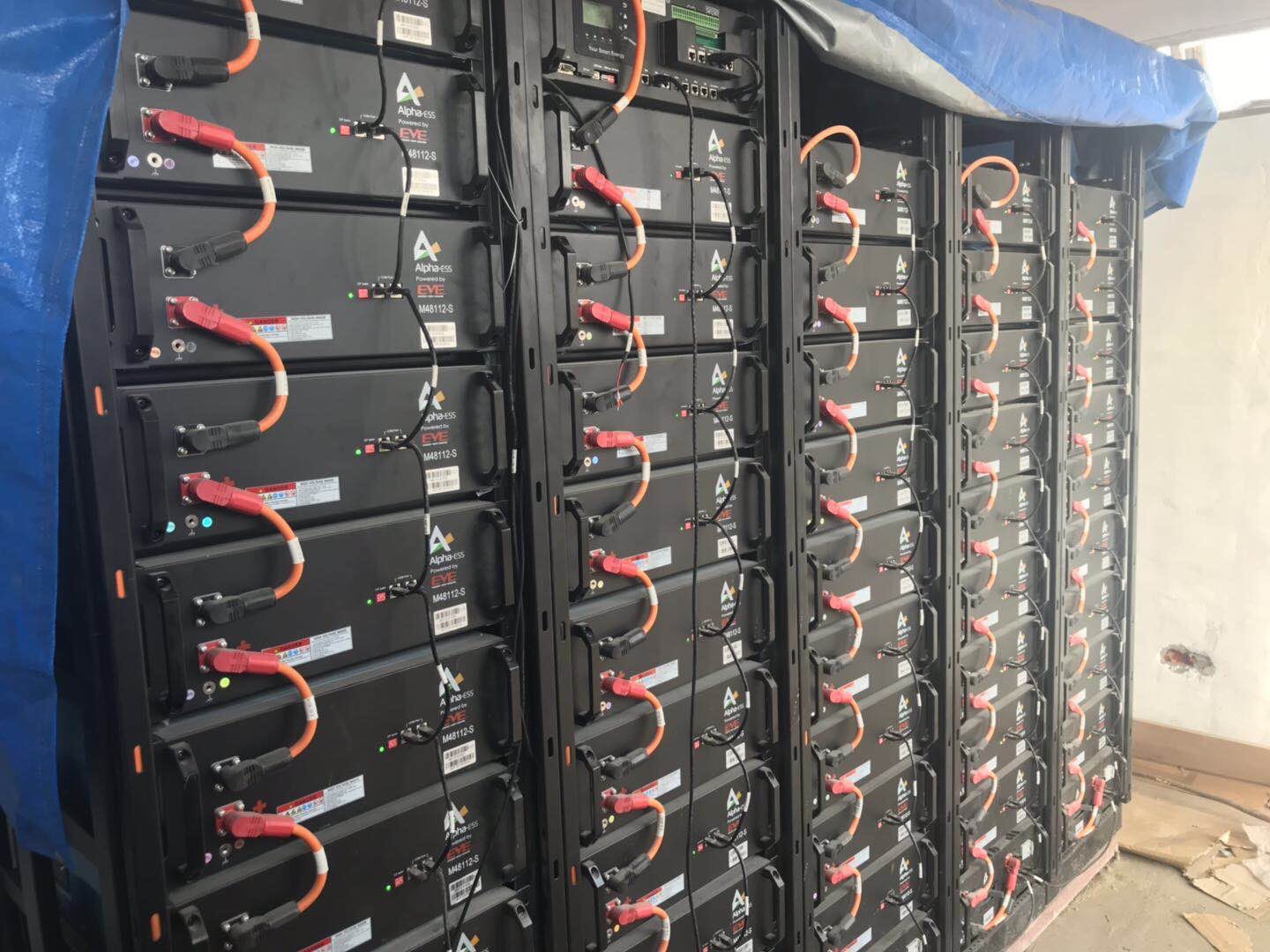 The installation and commissioning of the system lasted for 19 days and the villagers witnessed the completion of the power station all the way along. Since he first time the wires are laid, there are more smiles in the villages. Their faces are not only the expression of the hospitality to outsiders, but also the expectation of a better life in the future.

After the energy storage system was commissioned, the installers demonstrated to the villagers their functions such as self-sufficiency, off-grid applications, diesel engine start & stop control, diesel engine charging, server monitoring and remote upgrade. The PV storage micro-grid system can be regarded as a small integrated power system, which has complete power generation, distribution and power consumption functions and can effectively utilize power optimization in the network. 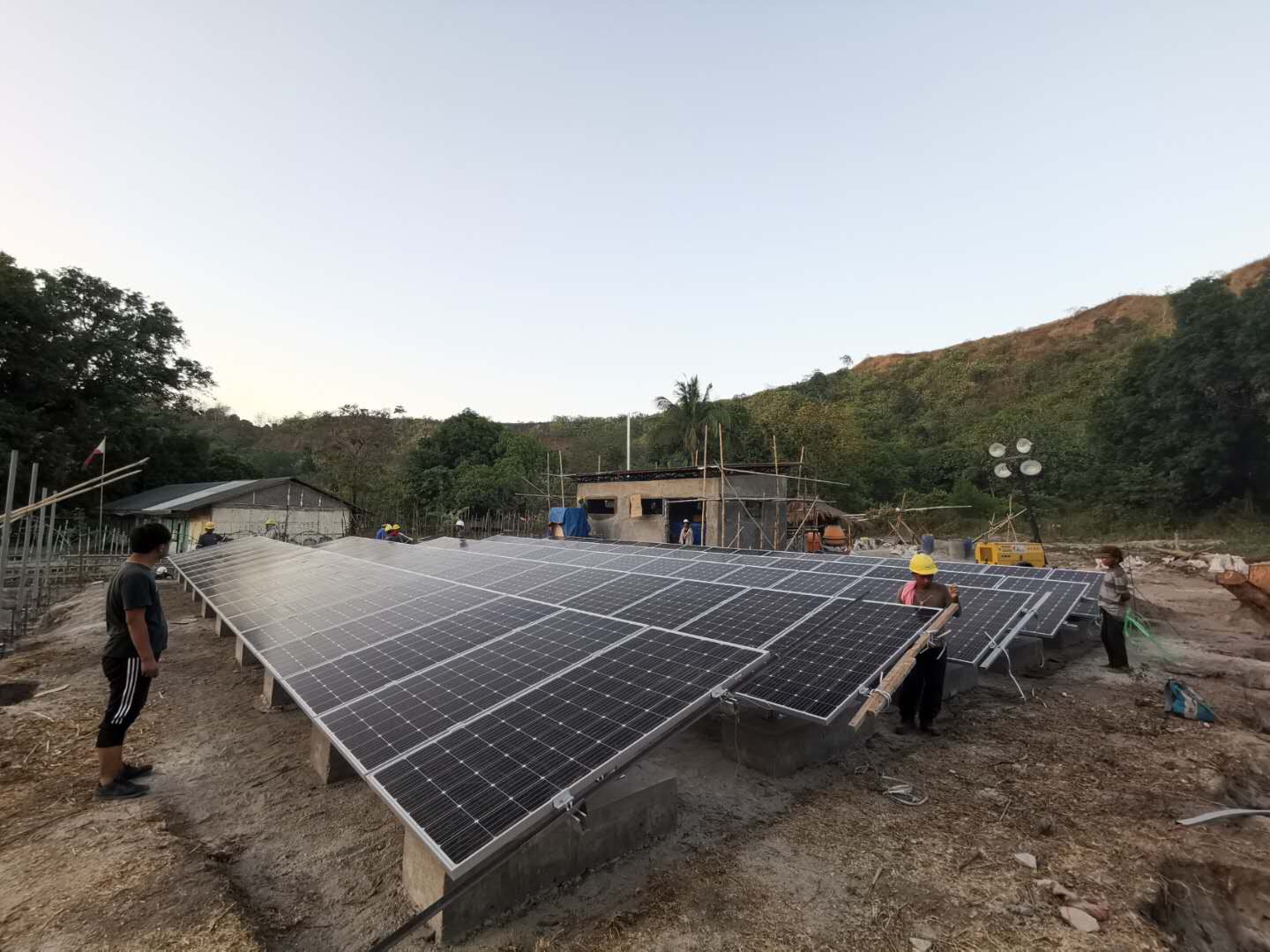 The Deputy Minister of Energy of the Philippines, Benito, said that the "Lighting up the village" project not only lighted the local villagers' homes, but also lighted the hope of their lives, thanking Chinese friends for their efforts to improve the lives of the disadvantaged groups in the Philippines.

Jianjun Jiang, Economic and Commercial Counselor of the Chinese Embassy in the Philippines, said that the Chinese government has always encouraged international Chinese companies to fulfill their social responsibilities and actively interact with local communities to achieve harmonious development and common prosperity. 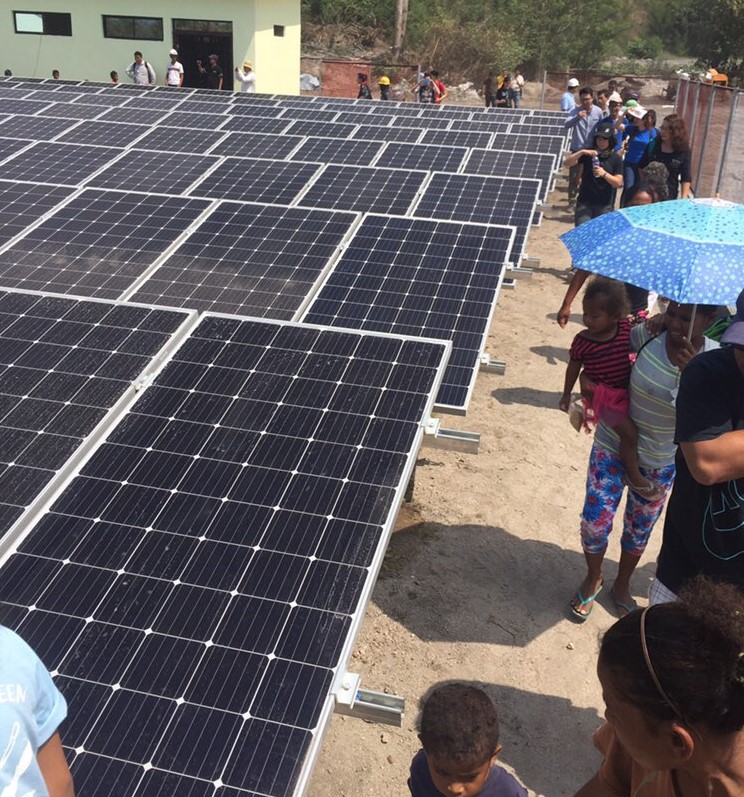 In order to fulfill these missions, AlphaESS lives up to expectations. On the last day before the experts leave the village, when the brakes were pulled down, the first light lit up in the village and the villagers cheered as if they were signing for a new life. For AlphaESS, it is not completing a task but a mission. 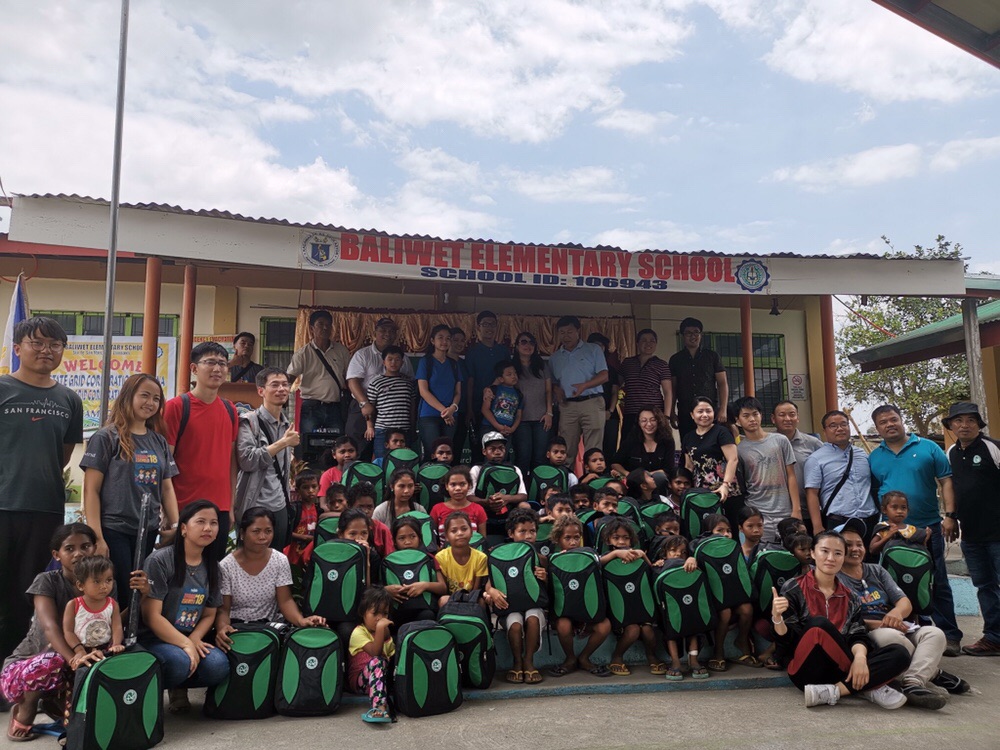 The "Lighting up the village" project has provided local governments with clean energy, which provides local residents with better links into modern society and provides opportunities for children to better understand the world. The project has also become a good witness to China-Philippine friendship.