A relief swept across the solar and energy storage industry this week when Standards Australia announced that due to the high volume of comments received in response to the draft battery standard (DR AS/NZS 5139), the draft would not be adopted in its current form.

Standards Australia wrapped up more than 3000 public comment last week on a draft standard for battery storage, setting a comprehensive framework for future deployment. In particular, it said that many companies and individuals have expressed concerns over how battery storage systems should be installed in private homes.

The draft national standards classified all lithium-ion battery storage systems as Fire risk Level 1, requiring them to be installed in bunkers and preventing them from being installed in homes, garages or buildings attached to homes. The draft was also based on an old Lead Acid standard and was simply not fit for purpose and that it placed unreasonable restrictions on all systems, regardless of their chemistry and technology. It also blurred, conflated and confused a range of technologies. It basically sets all the lithium-ion to be installed in such ridiculous condition: 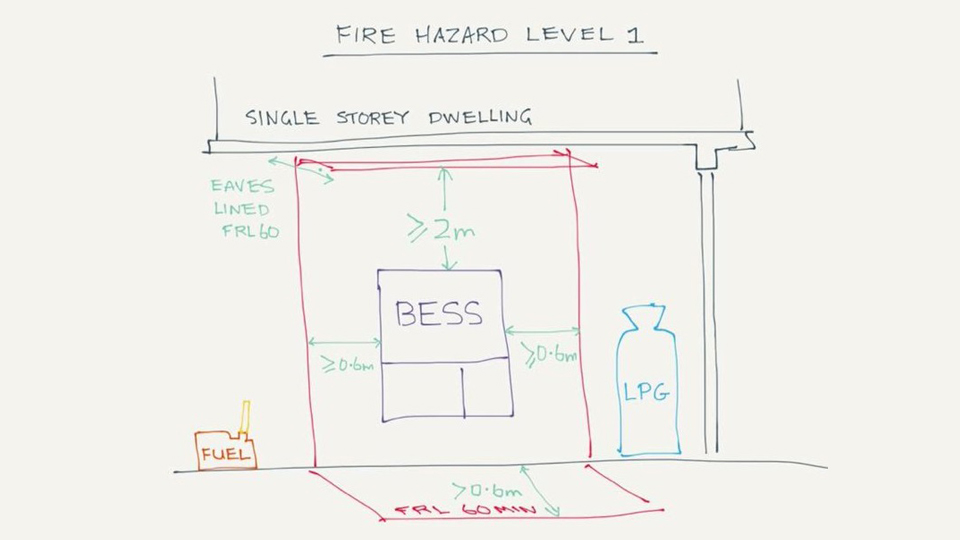 AlphaESS as a leading company in the energy storage industry is having strong concerns over the extreme and unnecessary restraint that was not evidence based and was inconsistent with international best practice. The draft also failed to differentiate between manufacturers that are complying with international standards and those that aren't.

AlphaESS will continually work hard with all authorities for evidence based standards to guide industry and provide best practice outcomes for consumers, but does not support a new level of bureaucracy in the storage industry.