AlphaESS gets the very first KBIA certificate in China

Recently, Korea Battery Industry Association has issued the very first KBIA certificate to China. And it's a great honor for AlphaESS to be the one.

KBIA certificate is Korea's most authoritative energy storage lithium battery standard certification, with strict tests and high-level qualification standard. It is reported that Tesla abandoned its plan to launch Tesla energy storage products in South Korea due to the failure of obtaining the KBIA certificate.

During the period 2017 to 2019, there have been nearly 30 accidents in South Korea's energy storage equipped power station, involved many well-known local brands such as LG and Samsung. The continuous fire incident of energy storage has brought huge negative impact to South Korea. The security problem needs to be solved.

On September 24, on behalf of AlphaESS, Neil Wang, the product director AlphaESS, received the certificate at the 10th China International Energy Storage conference in Shenzhen. The KBIA certificate covers the whole series of energy storage products, including cell, module and rack. 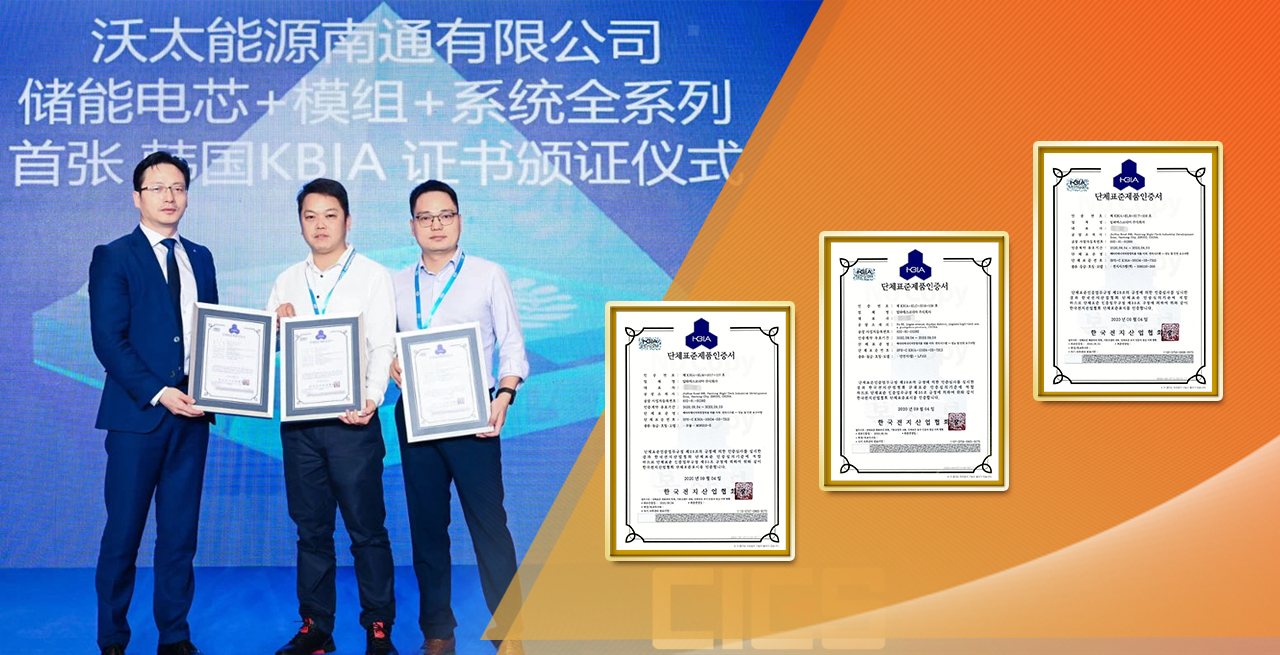 T ? V worked closely with technical experts from China and South Korea to assist AlphaESS to get the certification. After a series of procedures, such as application, data review, factory inspection, testing, etc., we completed the KBIA certification of the whole series of energy storage products in South Korea.

Started from 2019, AlphaESS has made full preparations for entering the Korea market and been for a long time determined to get this certification. The company always concentrates on technology, considering quality and safety as its first priorities. It's not at all a result of accidents.

The effort in eight years finally paid in return.